skip to main | skip to sidebar

All blog posts are cross posted

A long time away

I'm trying this out again. I've been posting on a personal domain for quite some time.  I may come back to this again next May.  I'm looking to see the look of the new blogger.  Testing to see if I like it. I think I do.

Posted by Rockport Conservative at 1:52 PM No comments:

The leaker of the Michael Cohen legal documents faces possible criminal charges, that is in a just world.
I am just tired of hearing all this spy vs all of us, I am so sickened by what has happened to our country.   I wonder how long the deep state has been in charge.  I’m beginning to think of conspiracy theories as being correct.  Will we ever know how far back it goes.  Sharyl Atkinson asked that question yesterday.” I think there's a major fallacy in focusing on the 2016 election without understanding the bigger part of the picture: *why* bad actors in intel community were so desperate to not have Trump elected. It's about what could be discovered about the past 10-20 years. Not just 2016”  She also wrote about being surveilled by the same ones who spied on Trump.
Devin Nunes describes DOJ leak trap he and Trey Gowdy avoided.  I saw this interview yesterday and Rush discussed it today.
The Latest Whopper -- The FBI Was Actually Trying to ‘Protect Trump’ This doesn’t pass the “snort laugh” test.
Mueller is shown more and more to be an evil, vengeful man.
The Hunter Becomes the Hunted
Posted by Rockport Conservative at 3:47 PM No comments:

CNN practicing how to lie with statistics, in this case expand the group to include what is needed.  Any shooting of a human is sad, some much more so that others.  When you include some of these you lessen the impact of the truly evil ones.
Muslim complains about re-education camps in China, it could be worse, they could be put in a cage and burned alive like their Christian counterparts were done by ISIS.
This article by Clarice Feldman has many links, they are all very good.  I suggest you read the article and all the links.
Was Obama the first Communist president?  I’m not sure, there were some real iffies ahead of him.
Some people will take issue with this, but it is full of truths.  As always there were good people among those immigrants, many good ones who worked very hard to make a better place in a new world for their families.  They learned the English language and the ways of our country.
Well, it turns out Haspel is a Russian expert, a much needed one.
Jewish parents outraged after NY school holds moment of silence for Gaza dead, I am outraged for them, especially as it turns out 50 of the 52 were militants.
Trump says he will ask DOJ to probe campaign surveillance  I wonder if there is an honest person who can do this investigation?  I hate to be negative but they have not shown themselves to be unbiased and honest so far.
How the FBI and CIA Restarted the Cold War to Protect Themselves, did they?  Was the cold war ever really over?
Free speech at Universities – maybe it will make a comeback.  This at Duke is appalling,
President Trump Takes Charge – and I say it’s about time.
Posted by Rockport Conservative at 3:39 PM No comments:

I heard some of the Democratic debate last night.  I heard Hillary Clinton say ISIS was making videos of Trump and using them for recruitment.  At the time I thought, "is this classified information?  Does she have an informant sending her classified information?"  This morning I watched as Chuck Todd was questioning Trump on this, apparently that had not occurred to him but he did say this, "No fact checkers have been able to verify this.  But what do you think if they are using your words?"  He said that as if they were using Trumps words. My question is, "shouldn't he have left that question till it was fact checked"  He gave Trump the opening to go into Hillarity's other lies.  (I borrowed that name from Molly Ann Wymer and I may be using it from now on.)  I wasn't watching, just listening, so I didn't see the empty stage moment.

Here is Washington Post's fact checker on the Democratic Debate.  I cannot but think with the same type things in the Republican debate we would be seeing multiple Pinnochio's.

Did Obama accidentally do this to Sharpton, or will it really matter?

The Hillary Clinton campaign is quietly making cash transfers to the Democratic National Committee (DNC) to fund state party efforts in the South.  via Lucianne.com

Immigration Officers have given up on tracking 10,000 missing asylum seekers  Time to clean house until we get people who can, and do, care enough to do the job.


Posted by Rockport Conservative at 11:13 AM No comments:

I am not  a member of the Roman Catholic Church, or actually of any church except the First Baptist Church of Rockport since 1949, but I love and respect the Anchoress and read her blogs on a daily basis. I think this says a lot on women's rights, love and respect and how some in America do not realize how very, very fortunate they are to live in America.


I was very offended by the rainbow colors lighting up the White House, and did you notice the rainbow flag is not really the colors of the rainbow?  It is a brilliant caricature of God's rainbow.
GARY HART?  He is speaking words of wisdom Unintended consequences of the Citizen United decision have guaranteed that even though Tea Parties can get a majority of Republicans in congress, those same leaders of that majority have sold out to those more powerful, more monied, so the people who gave them that majority status are overpowered by the lobbyists. And they have the nerve to punish the conservatives.
We knew he had an agenda.  Now his brother is selling it.  And going beyond this letter the trail of all modern social activism lead back to the White House. The Trojan Horse of disaster.

Oh dear!  Now they are worried about the "specialness" of being gay.  Never enough for some people.
I do not want global warming debate from a doctor.  Nor do I expect to have it.
An army isn’t needed anymore to overthrow a nation. One Supreme Court justice is all it takes.
Ross Douthat is right in this article, the ruling is against family, not for it. Gay Conservatism and Straight Liberation  He says: Unfortunately I see little evidence that people are actually happier in the emerging dispensation, or that their children are better off, or that the cause of social justice is well-served, or that declining marriage rates and thinning family trees (plus legal pressure on religious communities that are exceptions to this rule) promise anything save greater loneliness for the majority, and stagnation overall.

Never forget what Richard Fernandez says in this article, You are the Someone.

Posted by Rockport Conservative at 3:32 PM No comments: 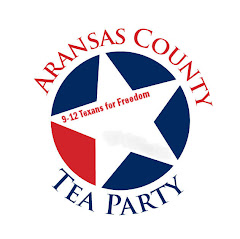 The Constitution of the United States
The Federalist Papers